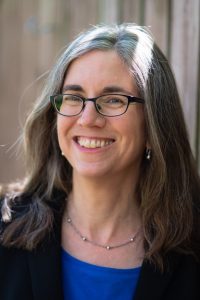 Enemies, A Love Story: An Entangled History of Russia and America

Most popular histories of the American-Russian relationship focus on geopolitics and high-level diplomatic relations; they take as their centerpiece the Cold War, they investigate moments of crisis, and they consider everything before 1946 a prelude to the story. My book project, Enemies, A Love Story: An Entangled History of Russia and America, takes a longer view of the American-Russian relationship over the course of the 19th and 20th centuries. Shifting the focus away from traditional diplomacy, it looks instead at the roles of economics, culture, international law, and science in facilitating and shaping relations between the two countries. While diplomatic history always gives us just a part of the picture, this is especially true in the case of Russia and America. Following the October Revolution of 1917, the United States refused to grant official recognition to the Bolshevik government; it was not until 1933 that diplomatic ties were formally established. During this period of official non-recognition, however, economic and cultural relations between the two countries flourished. Trade and cultural exchange took the place of—and became proxies for—diplomatic relations. AMTORG, a Soviet-run American trade organization that was located in New York City, served as a quasi-embassy from 1924 to 1933. Whereas a diplomatic history of Russian-American relations sees countless ruptures between the 1890s and the 1990s, a history of scientific, economic, and cultural ties reveals the ways in which Russia and America always remained connected—even at the height of the Cold War. An entangled history of Russia and America will highlight the manifold ways in which the two countries influenced each other.

Francine Hirsch is Vilas Distinguished Achievement Professor of History at the University of Wisconsin-Madison, where she teaches courses on Soviet history, Modern European history, and the history of human rights. She received her PhD in History from Princeton University in 1998. Her first book, Empire of Nations: Ethnographic Knowledge and the Making of the Soviet Union (2005), received several awards, including the Herbert Baxter Adams Prize of the American Historical Association and the Wayne S. Vucinich Prize of the Association for Slavic, East European, and Eurasian Studies. Her second book, Soviet Judgment at Nuremberg: A New History of the International Military Tribunal after World War II (2020), was awarded the 2021 Certificate of Merit for a Preeminent Contribution to Creative Scholarship from the American Society for International Law. Hirsch’s new book project investigates the history of Russian-American entanglement, with a focus on economics, science, culture, and international law.