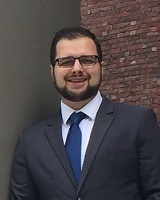 A Covenant of the Mind: American Evangelicals, Israel, and the Construction of a Special Relationship

This book tells the international history of Christian Zionism from 1948 to the present, tracing its rise to one of the most powerful religious movements in American politics. Using archives in English and Hebrew, this book tells the story of the religious, political, and international forces that emerged after the establishment of Israel in 1948 to transform evangelicals into fervent supporters of Israel. With close attention to a multitude of actors including the Israeli government, American Jewish organizations, and evangelical leaders in both the U.S. and Israel, A Covenant of the Mind is both expansive in scope and methodologically diverse, relying on a number of fields including history, religious studies, and anthropology. In addition to reconstructing the Christian Zionist movement, this book touches on broader developments in evangelical and American history: the construction of Judeo-Christianity, the rise of interreligious dialogue, non-state actors in the Cold War era, and Jewish-Christian relations after the Holocaust.

Dan Hummel received his PhD in History from the University of Wisconsin-Madison in 2016. In 2016-17, he was the Postdoctoral Fellow in History and Public Policy at the Harvard Kennedy School. He has published in forums including Religion & American Culture, Religions, Religion & Politics, and War on the Rocks. His research interests include U.S. foreign relations, American evangelicalism, American Judaism, and international history. Recently, he helped found Voices & Visions, an online primary source reader for U.S. foreign relations that combines rigorous academic standards with digital teaching methods.