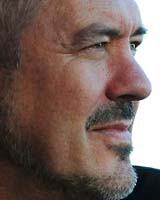 During the early modern era (15th-18th centuries)), when contact between Europeans and Africans increased exponentially, countless testimonies and maps attest to a compulsion to describe and imagine Africa and its peoples. In this project I explore the ever-evolving European configurations of Africa particularly by way of the writings and maps of Spanish and Portuguese captives, slaves, ransomers, missionaries, diplomats, adventurers and cartographers. The project focuses primarily on writings about the Maghreb as well as on the quasi-mythical land of “Ethiopia” – which in most maps covered much of sub-Saharan Africa – which produced a vast amount of knowledge framed in certain ways for a European readership, even as cartography revealed enormous voids filled with unstable names of places and peoples. The project also aims to trace how this diverse corpus of Iberian writings about Africa would selectively filter into other European languages and traditions long before the European colonization of Africa.

Within his larger context, the Ottoman regency of Algiers has taken on a vital importance to the project because of how it brought within its idiosyncratic socio-political formations people from many other parts of Africa, the Ottoman Empire and Europe. The city was unique yet illustrative of the relations among all of these spheres in its configurations of religions, power relations, modes of slavery, as well as ethnic and cultural diversity.

Steven Hutchinson received his doctorate in Comparative Literature at the University of Chicago, and works primarily on early modern Spain, the Mediterranean and Africa. He is author of Cervantine Journeys, which delves into the relations between narrative and travel, and Economía ética en Cervantes, which posits the notion of ethical economy in human relations through systems of value, “debts” and “payments.” His forthcoming book, Frontier Narratives: Liminal Lives in the Early Modern Mediterranean (Manchester UP, 2020), explores practices of slavery, religious conversion, and related themes as narrated in various languages and a wide range of discursive genres, factual and fictive. He is currently working on early modern accounts of Africa, particularly the Maghrib – with a focus on Algiers – and “Ethiopia.” He has also published some sixty essays in journals and edited volumes on poetics, rhetoric, genre, emotion, ideology, gender, eroticism, religion, conversion, captivity, martyrdom, modes of mutual understanding, etc. His awards include a Fulbright Research Fellowship in Madrid and fellowships at the IRH.