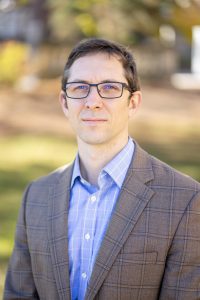 Poverty of the Imagination: The Ford Foundation, Social Science, and the Politics of Poverty and Inequality in Cold War Latin America

This project will examine the development of social scientific thinking about poverty and inequality through an examination of the work of the Ford Foundation in Latin America in the Cold War period. In those years, the Ford Foundation was the major institution in the promotion and consolidation of the social sciences throughout the region, and the region was an essential site of Cold War contestation in what the United States understood to be its area of influence. The goal of the book is to track changing understandings of poverty and inequality and the possibility of their transformation into antipoverty programs. The Foundation’s records will provide insight into the development of various forms of “common sense” and their displacement, including the broad transition from structuralist economic thinking in the immediate post-World War II period to the dominance of neoliberal thought in the 1980s and 1990s.

For the last several years, the issue of inequality has been the subject of scholarly, public, and political debate throughout the world. Yet although Latin America was the most unequal region of the world for most of the 20th century, it has played a small role in that global conversation. This project will help us to understand the intellectual history of the social sciences in the Cold War, the relationship between the social sciences and U.S. power on the global stage, and Latin American history in this period, contributing to an understanding of why the region has remained so unequal.

Patrick Iber is associate professor of history at the University of Wisconsin, Madison, where he has worked since 2017. He earned his Ph.D. at the University of Chicago in 2011 and was an Andrew W. Mellon Fellow in the Humanities at Stanford University from 2011 to 2013. His first book, Neither Peace nor Freedom: The Cultural Cold War in Latin America was published by Harvard University Press in 2015 and won the 2017 Luciano Tomassini book prize. In addition to his scholarly work, he writes frequently for the public on the history, politics, and culture of Latin America and the United States. He is a contributing editor to The New Republic and is a member of the editorial board of Dissent.