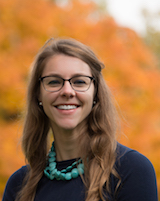 Spain and England’s relationship during the sixteenth and seventeenth centuries was extremely volatile. While anti-Spanish sentiment grew under the reign of Elizabeth I and her Stuart successor, there is little evidence for a similar Anglophobia in the Iberian Peninsula. Yet many texts produced in Spain represented both contemporary events that brought these two countries into contact as well as recent English history. This dissertation explores Spain’s process of self-fashioning through its portrayal of the English outsider in texts that range from historical treatises and printed news to plays and poetry. In the early modern period, it was common for a nation to use the historical genre to represent its own glorious past in order to mold a common identity among its citizens. I seek to expand and question the traditional limitations of the historical genre both by examining texts that modern classifications would divide into separate categories of fiction and non-fiction and by delving into works that represent not Spain’s own history but rather that of another nation entirely. What does it mean to write about the execution of the Queen of Scots as a Spanish author in the seventeenth century, for example? Such questions are posed in this dissertation in order to examine how the historian, poet or playwright engaged in the task of redefining or rebuilding his own nation’s identity through the paradoxical use of another nation’s past.