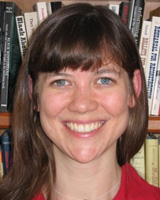 My project is a history of marriages between African women and European men who participated in the slave trade on the Gold Coast in the eighteenth century. I argue that these interracial marriages took place in a field of tension between the local practicalities of the slave trade and the larger Atlantic structures of racial slavery and colonialism. In that larger Atlantic world, marriages between black and white were neither socially acceptable nor economically necessary. Amid the difficulties of the slave trade on the Gold Coast, however, Euro-African marriages were from the very beginning central in creating strong cross-cultural ties and stable trading relations. My book follows five generations of Euro-African families in the small town of Osu (now part of Accra). It shows how these families responded to both opportunities and pressures from the intense social climate created by the Atlantic slave trade, in the process building a cultural world specifically adapted to it.

Pernille Ipsen holds a REI fellowship at the Institute in the Fall of 2012. She will spend this time completing the manuscript of her first book, which is under contract with the University of Pennsylvania Press. She has promised to send them the manuscript by December 2012, and four months on leave from teaching will make it possible to reach this goal! She was born and raised in Denmark, where she received her degrees, and where she and her family spend much of the summer. She is in her third year as Assistant Professor in the Department of Gender and Women’s Studies and also has an appointment in the Department of History.