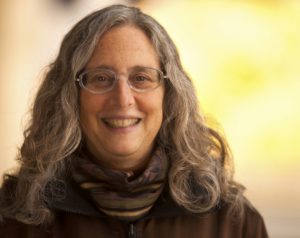 Director of over one hundred films and with a career that spanned fifty years, John Ford had a profound influence on Hollywood filmmaking. He shaped the careers of important stars, such as Henry Fonda and John Wayne, but also created a stock company of character actors known for their supporting roles. He worked with some of the best cinematographers in Hollywood such as Arthur Miller, Bert Glennon and Joseph August and, along with William Wyler and Gregg Toland, among others, helped to pioneer long-take cinematography in the 1930s and early 1940s (Orson Welles claimed to have watched Ford’s Stagecoach forty times before shooting Citizen Kane). He won a record six Academy Awards during his lifetime and his achievements have been frequently celebrated by other directors: Peter Bogdanovich, Martin Scorsese, and Steven Spielberg are among those who have paid him tribute. Yet there has been surprisingly little written based on primary-document research about the production of the films. John Ford at Work will illuminate how John Ford developed as a director within the studio system as the system itself changed over time. It will draw on script drafts, memos, and correspondence preserved in studio legal or script files as well as Ford’s papers. This complex of materials will provide the basis for establishing the production process, and the textual history, of each film discussed. The point is not to argue for Ford as the sole author of his films, but rather to document the collaborations which gave rise to the films, and to understand the shape of the films in the light of the tensions, constraints, and possibilities of their production context.

Lea Jacobs is Mae D. Huettig Professor of Communication Arts and a Vilas Distinguished Achievement Professor at UW-Madison. She has published on the history of the American studio system, performance in film and theater, melodrama and the woman’s picture, and film music. She is the author of The Wages of Sin: Censorship and the Fallen Woman Film, Theatre to Cinema (written with Ben Brewster), The Decline of Sentiment: American Film in the 1920s, and Film Rhythm After Sound: Technology, Music and Performance. She has been a Guggenheim and ACLS fellow.