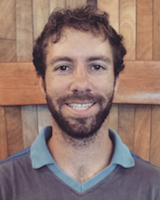 The Ends and the Means: Trans-Mediterranean Networks of Calculation and the Development of a Civil Theory of Proportion (1215-1315)

My dissertation follows the development of Arabic theories and techniques of analysis and calculation as they were received into Western Europe from 1215 to 1315. I show that, in twelfth- and thirteenth-century Arabic Iberia, mathematical practices of analysis and calculation were adopted into elite circles who believed them to represent an exemplary cognitive habit of moral deliberation deemed necessary for cultivating spiritual and civic virtue. During the period of Latin Christian conquest and occupation in the thirteenth century, European scholars and patrons came to adopt the mathematical values of Arabic court life in the practical and textual form of a new Latin moral philosophy. Calculation and mathematical proportion came to take on important religious and social significance, particularly among the new itinerant classes of erudite friars and their lay patrons. These figures sought to repurpose the virtues of calculation and deliberation for the evangelizing mission of conversion and the social ideal of orthodox uniformity. The dissertation seeks to highlight the complexities of cultural and intellectual appropriation across Mediterranean scholarly networks during the High Middle Ages, as even Latin Christian cultivation and emulation of Arabic cultural values served to entrench and reinforce religious, social, and political boundaries of difference.

Nicholas Jacobson is a doctoral candidate in the History of Science, Medicine, and Technology Program at the University of Wisconsin-Madison. His research interests focus on the interplay of mathematical and moral conceptions of civil society in the thirteenth-century Mediterranean world.  His research has been generously supported through two UW-Madison Global Studies’ FLAS Scholarships for the study of the Arabic language and two UW-Madison University Fellowships, as well as the Coleman Fellowship through the Institute for Research in the Humanities. His teaching interests include networks of cross-cultural scholarly exchange during the Global Middle Ages and the development of practical knowledge alongside the “religions of the book” and the theoretical sciences of the Medieval Mediterranean World. He received his BA in 2007 at Seattle Pacific University Summa cum laude, and his MA in 2011 from the UW-Madison. He is currently working on his dissertation, “The Ends and the Means: Trans-Mediterranean Networks of Calculation and the Development of a Civil Theory of Proportion (1215-1315).”