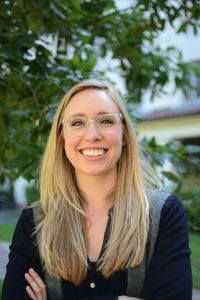 The Color of Asylum: The Racial Politics of Safe Haven in Brazil

“The Color of Asylum: The Racial Politics of Safe Haven in Brazil” examines how the state racializes forced migrants through legal inclusion. Brazil is lauded as an exemplar of refugee protection, and its asylum grant rate often reaches over 90 percent. While its policies present Brazil as visionary, they belie how racism fundamentally shapes how asylum unfolds. Through ethnographic research inside Brazil’s refugee regime, this book captures how the everyday workings of asylum bureaucracies entrench racial meanings and inequalities. As Syrians, Congolese, and other refugees claim asylum before the state, they learn different lessons about the Brazilian racial order and their place in it. “The Color of Asylum” exposes the limits of refugee status and ramifications of race for forced migrants, as inclusive policies and legal recognition can variably produce racial political domination mystified from afar.

Katherine Jensen is an assistant professor of Sociology and International Studies at UW–Madison. Her research focuses on race, politics, and immigration in South America. She received a BA in Latin American and Latino/a Studies from Vassar College, and her M.A./Ph.D. in Sociology with an African and African Diaspora Studies Doctoral Portfolio at the University of Texas at Austin. She is a former Fulbright Fellow and P.E.O. Scholar. Before joining UW, she was a Postdoctoral Fellow in the Center for Inter-American Policy & Research at Tulane University. Her work has been published in such journals as Ethnic and Racial Studies, Qualitative Sociology, American Behavioral Scientist, Social Currents, and City & Community.