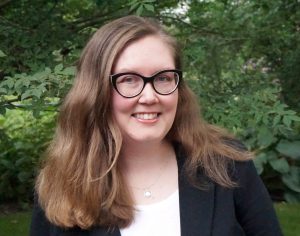 On Behalf of Life: Bioidentification and Bioethics

“On Behalf of Life” argues for an approach to bioethics in which ethical deliberation is not limited to experts and “bio” is not limited to human life. The project is inspired by an etymological curiosity: the origins of the term “bioethics,” which was coined by UW-Madison research chemist Van Rennselaer Potter in 1970. While now almost exclusively used as shorthand for “biomedical ethics,” “bioethics” initially described a transdisciplinary approach to building a sustainable future for all life on earth, an approach inspired by Aldo Leopold’s land ethic that also featured a commitment to social action. Drawing on an eclectic set of case studies—from the speeches of astronauts to the Water Protectors of Standing Rock, from protests against extinction on the streets of London to scientific controversies over preserving a potential Martian microbiosphere—the project shows how the invocation of life as a shared substance (what it calls “bioidentification”) is linked to care and responsibility: an ethics and politics of life itself.

Jenell Johnson’s research focuses on the circulation of scientific and medical information in the public sphere, with an emphasis on the social and political dimensions of nonexpert engagement with science, medicine, and technology. She is the author of American Lobotomy (U Michigan, 2014), editor of Graphic Reproduction (Penn State, 2018), and co-editor of The Neuroscientific Turn (U Michigan, 2012), Biocitizenhip (NYU, 2018), and The Rhetoric of Health and Medicine As/Is (OSU, forthcoming). She has also published essays on the use of brainwashing in the Korean War, US anti-fluoridation activism, qualitative research ethics, bioethics, and the challenges of transdisciplinary research. Her current book project examines how life itself becomes an object of ethical consideration and political mobilization. In her spare time, Jenell also loves drawing comics, making music, environmental justice activism, and reading about regenerative cultures.