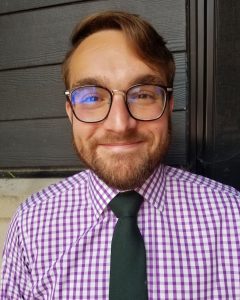 This dissertation analyzes Seneca’s Epistulae Morales and the connection between cura – “care” or “concern” – and future time, which unifies the work. Whereas previous work has highlighted Stoicism’s emphasis on the present, the EM connect care and the future throughout the corpus as the guiding principle of philosophical education in a way which is unique to Seneca’s philosophy. This focus on care and future time is reflected throughout the text particularly in the imagery of hands and labor of both the philosophical disciple Seneca seeks to guide as well as the morally deficient whom he castigates. This dissertation applies close reading of several of the letters of the EM as well as philological and linguistic analysis to show how Seneca’s use of the image of the hand of care marks his unique position as a Roman Stoic and Latin author. Building on Roman mythographical traditions as well as Roman institutions like slavery, Seneca manipulates Stoic ontology and epistemology to craft a unique vision of Stoicism and moral progress which always keeps the reader’s eye aimed toward their future actions.

Mason Wheelock-Johnson is a Ph.D. candidate in Classics at the University of Wisconsin, Madison. His general interests are in Imperial Latin literature; ancient philosophy, particularly Aristotelianism and Stoicism; labor and work in antiquity; critical theory; and medieval and modern reception of Greek and Roman texts. His dissertation explores the connection of cura, temporality, and hand imagery as a unifying thread in Seneca’s Epistulae Morales. Mason received his MA in Classics from UW – Madison, where he has taught courses in introductory Latin, Roman culture, and Ancient Mediterranean literature in the Department of Classical and Ancient Near Eastern Studies. He received his BA in both Greek & Roman Studies, with honors, and Philosophy from Rhodes College.