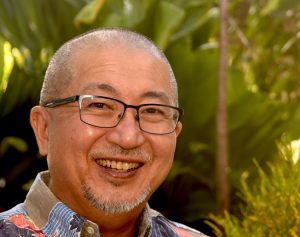 This book project employs the concept of lost geographies to critically examine processes of United States imperial formation and Kanaka ʻŌiwi (Native Hawaiian) (re)emergence through the entangled geographical transformations of two places in Hawaiʻi: Ke Awalau o Puʻuloa (also known as “Pearl Harbor”) and the island of Kahoʻolawe, a former naval bombing range which became an important site of Kanaka ʻŌiwi activism and cultural revitalization in the 1970s. Ke Awalau o Puʻuloa was once a place of abundance for Kānaka ʻŌiwi. In the 19th century, it became the fulcrum of the original U.S. military pivot to the Pacific region. In the process of transforming this site into a naval coaling station, the United States backed the settler colonial overthrow of the sovereign Hawaiian Kingdom and commenced a military occupation which radically altered the social, ecological, and cultural landscape of Hawaiʻi. The 1941 Japanese attack on Pearl Harbor triggered a declaration of martial law, during which Kahoʻolawe was taken as a military training site. Once revered by Kānaka ʻŌiwi as a physical manifestation of Kanaloa, the great Polynesian deity of the sea, Kahoʻolawe became a battered military target and a key to U.S. victory in the Pacific War. But even as the redemption of Pearl Harbor required Kahoʻolawe’s destruction, Kānaka ʻŌiwi mobilized feelings of loss as a political resource to save Kahoʻolawe, and in the process, sparked an Indigenous cultural and political resurgence which has unsettled U.S. military claims to Hawaiian lands.

Kyle Kajihiro earned an M.A. and Ph.D. in Geography and Environment from the University of Hawaiʻi at Mānoa, where teaches classes in Ethnic Studies and Geography and Environment. He has helped to coordinate service-learning programs for the College of Social Sciences. His activism and research focus on U.S. imperial formations, militarization, and decolonization/demilitarization social movements in Hawaiʻi and the Pacific Region. Mr. Kajihiro also leads the Hawaiʻi DeTours Project— historical-geographical tours of various sites on Oʻahu which aim to foster solidarities and mutual responsibilities based on ea (life, breath, sovereignty, rising) and aloha ʻāina (love, care, and political commitment to the land). He has previously worked as a labor organizer and as a program staff for a peace and social justice organization.