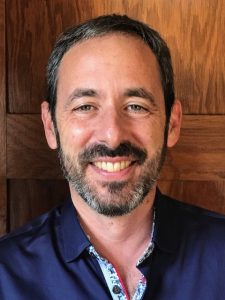 Citizenship and Civilization: A Ho-Chunk History

“Citizenship” has generally connoted rights and equality within a political community. This is how the term has functioned in the history and historiography of immigration, exclusion, Reconstruction, and Civil Rights. Yet in Native American life citizenship has another history: there, it has often been a tool of conquest, dispossession, and the destruction of other forms of belonging. How have these contradictory histories intertwined? What can the Ho-Chunk people’s encounter with U.S. citizenship during the nineteenth century tell us about this complex, dual genealogy?

Stephen Kantrowitz is Plaenert-Bascom Professor of History and an affiliate faculty member in Afro-American Studies and American Indian Studies at UW-Madison, where he teaches courses on race, indigeneity, politics, and citizenship. He received his Ph.D. from Princeton and his B.A. from Yale. He is the author of More Than Freedom: Fighting for Black Citizenship in a White Republic, 1829-1889 (Penguin, 2012) and Ben Tillman and the Reconstruction of White Supremacy (UNC Press, 2000).

He is currently working on two book projects. Citizenship and Civilization: A Ho-Chunk History traces the nineteenth-century encounter between the Ho-Chunk people and the emerging law and discourse of U.S. national citizenship; this book began as the Brose Lectures at Penn State and will be published by UNC Press. Unvanishing explores the interplay of early twentieth-century white scholars, Native leaders and intellectuals, and descendants of white Wisconsin settlers in the creation of a vast atlas and archive of the state’s Native past.