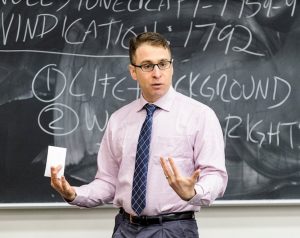 The Tragedy of the Imperial Republic: Narrative, Exceptionalism, and the Fate of Republican Self-Rule

Empire and republic: the two concepts seem opposed. Republics rule themselves, while empires rule others. Indeed, many of history’s great republics have understood themselves to be in ideological competition with empires – one might think of late 18th century America, for example. Yet many of the paradigmatic western republics – the Roman Republic, the Florentine Republic, the English Commonwealth, and 18th century America – were empires. This fact is no accident, though its significance has not been appreciated by a range of scholars – philosophers, political theorists, historians – participating in the revival of republicanism. I argue in my book project, The Tragedy of the Imperial Republic: Narrative, Exceptionalism, and the Fate of Republican Self-Rule, that the narratives legitimizing republican self-rule enable and legitimize republican empire. Moreover, a tension lurks behind these narratives: even as republics have built empires, these empires have, in turn, undermined the republics that created them. Large, diverse, and wealthy empires rarely coexist readily with small, homogeneous, and austere republican metropoles. That is to say, the story of the imperial republic is a tragedy, and imperial republics undermine themselves.