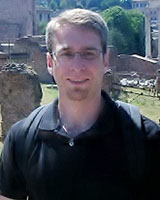 A Tale of Two Fears: Lucretius, Hobbes, and the Political Psychology of Anxiety

Fear is one of the most salient political emotions, and is of particular importance to political theory. Many theorists argue that fear’s prominence is modern and that this prominence is bad for political life. Few figures are as central to fear’s modernity as Hobbes. Hobbes explains religion’s origins, why humans exit the state of nature, and why humans obey an earthly sovereign through fear. Hobbes systematizes fear’s political role, deploys fear to buttress political rule, and lowers politics from the pursuit of a summum bonum to avoiding a summum malum. I focus on the individual level moral psychology of fear, comparing and analyzing fear in Hobbes’s Leviathan and Lucretius’ On the Nature of Things. Given Lucretius’ influence on Hobbes, the similarity of their thought, and their skepticism, a comparison lets me hone in on similarities and differences in their theories. These differences are a function of the ends fear serves, and not of the way they understand fear itself.

Daniel Kapust is Associate Professor of Political Science, and affiliated with the Department of Classical and Ancient Near Eastern Studies and the Center for Early Modern Studies. A political theorist, he centers his research on rhetoric and republicanism, themes he explores in Roman, early modern, 18th century, and contemporary political thought. His work includes Republicanism, Rhetoric, and Roman Political Thought (Cambridge University Press, 2011), and he has published or had accepted for publication articles and chapters on Cicero, Sallust, Livy, Tacitus, Machiavelli, Hobbes, Rousseau, and Adam Smith. His research has appeared in the American Political Science Review, Journal of Politics, Political Theory, History of Political Thought, European Journal of Political Theory, Political Studies, and Journal of the History of Ideas. Currently, he is working on a book project on flattery and political theory, and articles on Hobbes and Lucretius and deliberative democracy and the justification of war.