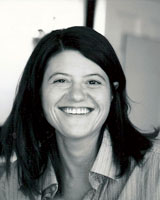 Objects of Diplomacy: Encounters between the Austrian Hapsburgs and the Muslim World, 1529-1612

What role did diplomatic exchanges play in producing new visions of the world in the early modern period? How does exchange work when it transpires between two groups that operate within varying value systems and norms? These questions are at the heart of Objects of Diplomacy. In answering them the project illuminates events that led to a phenomenon we now call “globalization” both as a set of historical activities and as a story whose echoes still have power to make sense of our world. Although not often studied by art historians, diplomatic gift exchanges were crucial to the circulation of art objects between East and West in the early modern period, and often helped establish trade agreements that permitted the mobility of persons, commodities, and cultural artifacts between the two regions on a large scale. Throughout the sixteenth and seventeenth centuries the Austrian Hapsburgs, rulers of the Holy Roman Empire, directed a formidable amount of energy to exchanging gifts with Muslim sovereigns. Objects of Diplomacy charts a series of exchanges between Hapsburg and Muslim rulers and examines the ways the transactions promoted dramatic shifts in art production, political ritual, the identity of the Holy Roman emperor, and views on a world-state in the Holy Roman Empire. It argues that Hapsburg-Muslim gift exchange was not undertaken for political expediency alone, but an attempt, on the part of the Hapsburgs, to transcend the dichotomous categories of “Christian” and “Muslim” in an effort to form a society of states. In pointing to the ways cross-cultural encounters and material objects were imbricated in the formation and expression of ideas about a global community, it reveals an alternative history of Cosmopolitanism that precedes its philosophical formation during the eighteenth-century Enlightenment.

Jessica Keating is a Solmsen Fellow with the Institute for Research in the Humanities. She received her Ph.D. in Art History from Northwestern University in 2010 with the support of the Samuel H. Kress Foundation, the Fulbright Commission, and the DAAD Commission. She is the co-editor and contributor to a special issue of the Journal of the History of Collections entitled Captured Objects: Inventories of Early Modern Collections.