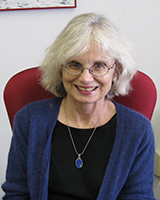 Reading for the Future

Reading for the Future asks why prophecy, long understood to be a defining impulse of the Romantic era, proves in fact to be so difficult to write. For the narratives Romantics wrote with prophecy in mind turn out not to arrive at projected narrative ends, let alone the future.  The logic of this surprising failure probably had something to do with their recognition that French Revolution failed when collapsed into the Terror, yet even for European Romantics the French Revolution has a deeper prior history of revolutions across the Atlantic in America and Haiti, and in the story of successful global commerce that the Abbé Raynal tries to tell in History of the two Indies. In this multi-volume work, first published in 1770 and expanded in many editions after that, Raynal and his contributors tried to adapt the History to point toward a future increasingly cast into doubt by global revolt, convulsion and disarray.  So conflicted, Romantic futurity comes to understand chance as a necessary partner to any effort to think beyond the present. How, I ask, might the Romantic efforts to think for the first time about evolutionary change and the future in the midst of these difficulties inform our contemporary understanding of evolutionary futurity?

Theresa M. Kelley is the Marjorie and Lorin Tiefenthaler Professor of English at UW-Madison. She has published widely on Romanticism, late-eighteenth-century aesthetics and philosophy, critical theory, and the history and philosophy of science.  Her books include Wordsworth’s Revisionary Aesthetics (Cambridge 1988), Reinventing Allegory (Cambridge 1997—awarded the SCMLA prize award for best scholarly book in 1997), and Clandestine Marriage: Botany and Romantic Culture (Johns Hopkins 2012, awarded the British Society for Science and Literature Prize for the best book in the field in 2012).  She has co-edited Romantic Women Writers (1995) and several journal issues, including “Romantic Difference,” for Praxis. Her forthcoming essays consider color around 1800, Shelley and futurity, and the role of chance in Romantic narrative. She is co-director of the Romantic Circles Gallery.  She has been a Guggenheim and NEH Fellow, and a Distinguished Fellow at the Henry E. Huntington Library.  She is at work on a book titled “Reading for the Future.”