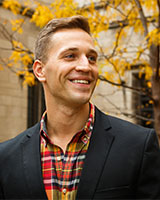 We live in a world where the idea of “human rights” animates people across the globe. But what are the roots of our era of global human rights politics? My research draws on case studies of Brazil, Chile, Argentina, and the United States to explore how and why transnational and local actors began to deploy the language of human rights and its effects on the development of a distinct transnational practice that centered on civil and political rights by the end of 1970s. I connect the voices and experiences of a diverse array of actors, including church and solidarity activists, political exiles, and members of Amnesty International to Ford Foundation officers, international lawyers, and bureaucrats at the United Nations and the Organization of American States. In charting this history, I argue it makes less sense to isolate a particular region of the world, whether that be the United States, Latin America, or Europe, than to show how human rights ideas percolated through a series of transnational encounters in different regions of the world.

Patrick William Kelly received his Ph.D. in history in 2015 from the University of Chicago. His research and teaching interests include twentieth-century international history, modern Latin American history, the history of the United States in the world, the global Cold War, and the global histories of human rights and humanitarianism. A recipient of grants from the Social Science Research Council IDRF and the Fulbright-Hays, Kelly has published articles in Humanity and the Journal of Global History. His work is based on multi-state, multi-archival research and oral interviews in nine countries throughout Latin America, Europe, the United States, and Australia, drawing on Spanish, Portuguese, and English language primary sources. He is at work on a project entitled “Salvation in Small Steps: Latin America and the Making of Global Human Rights Politics.”