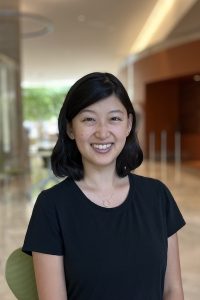 My dissertation studies auspicious images produced at the eighteenth-century Qing imperial court. While images with auspicious meanings take a central place in Chinese art and visual culture, if and how such images actually gain the agency to act is a question yet to be explored seriously. My project aims to build a theoretical understanding of auspicious images based on early cosmological significance attached to images around the third century BCE. Against a prevalent notion that the power of images stems from mimesis, it is argued that auspicious images are auspicious in virtue of their discursive role rather than their generation of a sensory illusion. Accordingly, a hermeutic understanding is crucial to accurately assessing how auspicious images workin their own cultural contexts. Applying the theory to practices, the dissertation provides in-depth accounts of auspicious images commissioned or painted by the Qianlong emperor (r. 1735-1796), from paintings of natural omens to posters for the New Year. The selection of the Qianlong emperor as the protagonist of this narrative is explained by his dual engagement in making auspicious images and experimenting with illusionistic pictorial techniques brought by Jesuit painters at the imperial court.The pluralism of painting styles resulting from global encounters calls for a careful discrimination of contending discourses on image-making and their cultural meaning.

Young Kim is a Ph.D. Candidate in Art History at the University of Wisconsin–Madison. Her research interests center on agency and efficacy of images, theories of depiction, realism, and artistic exchanges and innovations in eighteenth-centuryEast Asia. She received a B.A. in Chinese from Yale University in 2012 and an MPhil in Chinese Studies from the Chinese University of Hong Kong in 2015. As a 2022-23 IRH Fellow, she will complete her dissertation on the status and function of auspicious images at the eighteenth-century Qing imperial court. Prior to the IRH Fellowship, her research has been supported by the Killin Fellowship for Asian Art, the Chinese Object Study Workshop at the Metropolitan Museum of Art, the Pantzer Award, and the Interdisciplinary Training Program at UW–Madison. In 2019-2020, she worked as a curatorial assistant at the Chazen Museum of Art and led the Borghesi-Mellon Humanities Workshop entitled “Engaging Nature in Asia.”