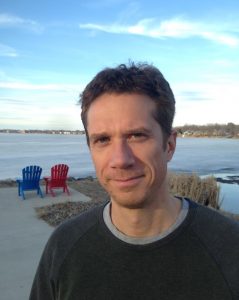 Arms for Ores: China and the Making of an American Foreign Aid Regime, 1941-1949

In this work I seek to understand the transnational networks of exchange that delivered American weapons and industrial goods to China in exchange for Chinese raw materials from 1941 to 1949. Drawing on primary sources from archives located on three continents, this work will offer new insights into Chinese history, Sino-American relations, and the history of Cold War East Asia. More broadly, this work reveals how the China case served as the foundation and blueprint for a wider foreign aid centered foreign policy that was exported around the world in the years after 1949.

Judd C. Kinzley is an associate professor of modern Chinese history at the University of Wisconsin-Madison. His first book, Natural Resources and the New Frontier: Constructing Modern China’s Borderlands (The University of Chicago Press, 2018), focuses on the 20th century efforts by an assortment of state and non-state, Chinese and non-Chinese actors to find, exploit, process, and transport various natural resources in china’s far western province of Xinjiang. The work, which is based on archival research conducted in Urumqi (Xinjiang), Beijing, Taipei, Moscow, and London, explores the underexamined nexus that exists between natural resources, foreign capital, and the power of the state in borderlands in china and beyond. He is currently working on a new book length project that focuses on the trans-pacific material exchange of American industrial goods and lend-lease equipment for Chinese raw materials during the 1940s. He has published articles on gold mining, roads, and geological surveys and, broadly speaking has research interests that center around environmental history, borderlands, material centered histories, and political economy.