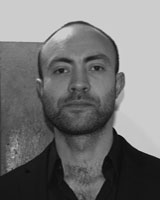 This project juxtaposes twentieth-century French critical philosophy and cases of self-isolating indigenous societies to two ends. First, reading the philosophical work of Foucault, Bataille, Canguilhem, Fanon, and others through analyses of interactions among state, civil society, and self-isolating indigenes highlights in new ways some of the explicitly political features of post-WWII French thinkers’ disavowal of an essential human nature. Second, the emphasis on variable practices of living that emerges from dialogue between French philosophy and indigenous cases can facilitate a regrounding of debates on minority cultural communities away from the liberal focus on rights or multiculturalist recognition. Corollary to both objectives is an explication of the “biopolitical” consequences of securing or refusing to secure territorial reserves for indigenous isolates.

Jimmy Casas Klausen is an IRH Race, Indigeneity, and Ethnicity Fellow and recipient of a grant from the American Council of Learned Societies. Assistant Professor in the Department of Political Science, Klausen teaches modern and contemporary political theory in a global frame. His research brings together critical anthropological theory, the history of political thought, and concepts and arguments from postcolonial analysis and poststructural philosophy. He has coedited (with James Martel) How Not to Be Governed: Readings and Interpretations from a Critical Anarchist Left (2010) and has recently completed “Fugitive Rousseau,” a book-length study of liberty, social fission, evasion, and flight in the political writings of Jean-Jacques Rousseau.