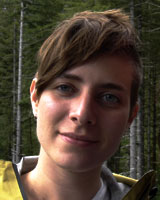 Queer-centered literary criticism has primarily concerned itself with questions of representation. Moreover, recent scholarship in French studies promoted as “queer” has often elided women’s writing altogether, focusing instead on “queer” new readings of already canonical (and predominantly white male-authored) literary works. This dissertation responds to both of these preoccupations by foregrounding the politico-literary contributions of contemporary women writers of French expression, while also advocating a critical approach that values the performative force of literary texts over their mimetic capacities. Combining aspects of formalism and reader-response criticism – two schools of literary theory typically viewed in opposition – this study considers the ways in which linguistic and narrative innovations in literature might incite active reading such that the reader’s relationship to language – especially as it is wielded to articulate “identity,” to negotiate “difference” and to conceptualize agency in the world – is transformed. The significance of literary texts by writers including Nina Bouraoui, Monique Wittig, Nicole Brossard, and Anne F. Garréta is placed in dialogue with theoretical debates in an endeavor to literarily bridge the gap between academic discourses and lived experiences – between being queer in theory and being queer on the streets.

Kristina Kosnick is a doctoral candidate in French at the University of Wisconsin-Madison with a PhD minor in Gender and Women’s Studies. Her interests include contemporary women’s writing (especially self-identified lesbian and queer women’s writing), experimental literature, feminisms, queer theory, literary theory, lesbian cultural productions, LGBTQ activism and issues of social justice—not to mention her love of 17th-century French theater. Kristina is also currently a Humanities Exposed (HEX) public scholar and facilitates a workshop entitled Reading, Writing and Relating LGBTQ Narratives—a project she is implementing in collaboration with OutReach, Madison’s LGBT Community Center, and with support from UW-Madison’s Center for the Humanities.