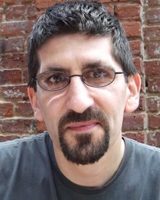 “Ethnic Affinities” in the Metropolis: Boundary making in the contemporary urban landscape

My project engages recent efforts towards a unified theory of ethnic boundary formation, maintenance, and transformation. Relying on ethnographic fieldwork on the current ethno-racial makeup of a former Italian neighborhood in the Bronx, I look at the group formation strategies of recently arriving Albanian immigrants. Focusing on their developing ‘ethnic affinity’ with Italians – which signals an immigrant incorporation strategy that goes beyond older discourses of assimilation – I attempt to expand the current conceptual vocabulary of boundary crossing, shifting, or blurring within the new diversity of the urban landscape.

Ervin Kosta received his PhD in Sociology from CUNY Graduate Center in 2012. His research interests lie at the intersection of ethnicity, immigration, and race. His work explores the making of group boundaries and concurrent remaking of urban ethnic neighborhoods in ‘gateway’ metropolitan neighborhoods. He has published research on Manhattan and Bronx neighborhoods in City and Community and with Fordham University Press. Ervin is a passionate teacher and has taught at several New York City area institutions, including Fordham and Pace Universities. He holds undergraduate degrees in Sociology and Political Science and International Relations from Boğaziçi University in Istanbul, Turkey.