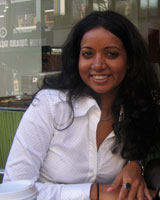 1-800 Worlds: Embodiment and Experience in the Indian Call Center Economy

The call center, or Business Process Outsourcing (BPO) industry gained currency in urban India in the early years of the twenty-first century. Taking advantage of a large cache of English-speaking urban populations, multinational corporations began outsourcing customer service work to young, Indian middle-class men and women. Working through the night, new laboring bodies cultivated foreign accents, and familiarity with the Western milieu as part of a transnational corporate regime. As a result, these American- and British-accent spouting denizens of a global India came to be invoked in multiple discourses either as the harbingers of triumphant, neoliberal globalization, or as the symptoms of a morally corrupt and anomic modernity. In this project, I explore how young workers’ bodily comportment, formations of selfhood, and imagination of the world were altered in relation to processes of nightly work. I argue that the “local” and “global” are imaginaries that are reified at the cost of a complex reality and instead, show through ethnographic research, how they are constructed in collusion and collision with one another.

Mathangi Krishnamurthy received her PhD in Anthropology and Cultural Studies from The University of Texas at Austin in 2010. She has published articles in the Anthropology of Work Review and her essay on accent and language training in the call center is part of an edited volume on the changing modalities of English language usage in India. Krishnamurthy holds degrees from Pune University, Mudra Institute of Communications, Ahmedabad, and The University of Texas at Austin. Her work has been supported by grants from the National Science Foundation, the American Association of University Women, and the South Asia Institute at the University of Texas at Austin. Her primary research interests are in the anthropology of globalization and work, urban studies, consumption, and gender. She also looks at the social life of communication technologies. Currently she is working on converting her dissertation into a book manuscript that will focus on the ways in which the call center constitutes a set of symptoms that can help read the changing modalities of the new Indian middle-class.