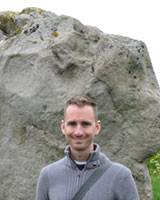 Tragedy of Reason: Liberty in the Age of Milton

Historiography of the past twenty years has often been at pains to distinguish seventeenth-century theories of liberty from modern liberalism. Over the same period, however, political theorists have questioned the conceptual usefulness of liberalism even in our own day: a variety of critiques have shown liberalism to be less a coherent political philosophy than a set of logical conflicts. Tragedy of Reason bridges the gap between these two bodies of scholarship to offer a new approach to political writing during and after the English civil wars, particularly the poetry and prose of John Milton. Specifically, this project relates political writings transhistorically without anachronism by focusing on specific problems that early modern and modern theorists of liberty share. This method reveals a new degree of theoretical sophistication and conflict in works written on the cusp of the early Enlightenment, and it also shows how these texts can contribute to the debates of twenty-first century political theory regarding topics such as pluralism, the relationship of law and violence, popular sovereignty, and the role of faith. By juxtaposing texts of different periods and genres, this project also explores how we imagine and order power relations rationally in any period and argues for the importance of literary techniques in responding to the limitations of reason.

Ben LaBreche, Solmsen Fellow, is an assistant professor of English literature at the University of Mary Washington. His interdisciplinary research focuses on how British writers of the seventeenth century grappled with problems that would come to define modernity. His forthcoming article in Milton Studies will examine how English toleration tracts of the mid-1640s anticipated the theoretical problems of twenty-first century postsecularism, and his article “Espousing Liberty: The Gender of Liberalism and the Politics of Miltonic Divorce” received the Milton Society of America’s James Holly Hanford Award for the best essay on John Milton in 2010. In addition to the Solmsen, he has also recently received fellowships from the Clark Memorial Library, the Folger Shakespeare Library, the Harry Ransom Center, and the American Society for Eighteenth-Century Studies.