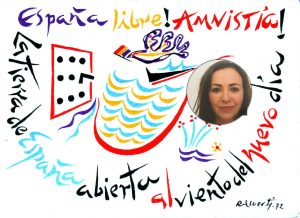 Poetic Injustice: The Fight of Baroque Verse in 20th-Century Spain

Studies that connect the seventeenth and twentieth centuries usually do so through a conservative lens, assuming that the blunt imperialism of the early modern age, endlessly glorified by Franco’s dictatorship, runs as a continuum in the Spanish imaginary. This book, by contrast, presents a moment in the twentieth-century cultural history where the connection between the two periods was presumed to hinge on an antihegemonic enterprise, the aesthetic innovation of the Spanish avant-garde before it was corrupted by fascist thought and erased from Spanish cultural history by the regime’s t in the late 1930s. Avant-garde movements, despite not being well-known in the Spanish context, are currently vindicated for their role in shaping the aesthetic trends and socio-political and national identities at stake during the crucial 1920s and 1930s. If Spanish historiography has largely ignored, the crucial impact of culture in molding the social imageries in which Spanish modernity was apprehended” (Schammah Gesser, 3), it has even more systematically overlooked the important ways in which a Golden Age legacy in general and Baroque verse, in particular, helped to shape these imageries in all their cultural and ideological repercussions.

By exploring the essential contributions of Golden Age poetry to this conflicted, aesthetic renovation, and the ways in which such contributions have been buried for almost a century by the Francoist regime first, and critical oversight later, this book establishes a more balanced understanding of both the modern and early modern periods, and casts into doubt the idea of an inherent conservatism in Golden Age literature and studies.

Ana María Laguna holds a Ph.D. in Comparative Literature (Purdue 2002). Her research on the culture of sixteenth- and seventeenth-century Spain explores the relationship among literature, politics, and the visual arts, focusing on how literature reflects prominent artistic and socio-political anxieties. She is the author of Cervantes and the Pictorial Imagination (Bucknell University Press, 2009) and co-editor of the collected volume Goodbye Eros: Recasting Forms and Norms of Love in the Age of Cervantes (Toronto University Press, forthcoming in 2020). Her articles have repeatedly appeared in the top journals in her field, including Hispanic Review, MLN, and Revista Hispánica Moderna, and her essays have been selected as chapters for in various edited collections. As a comparatist critic, she relates visual and verbal domains, multiple national traditions, and disparate chronologies, producing scholarship that introduces new focal points, fertilizes interdisciplinary thought, and expands the scope and impact of Spanish literary study. She has been awarded fellowships by the National Endowment for the Humanities, the Folger Institute, and the Program for Cultural Cooperation Between the Ministry of Culture of Spain and United States Universities, among others. She is a nationally-elected executive member of the Cervantes Society of America.