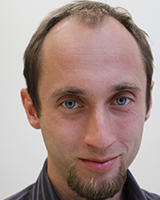 Producing the Future on an Amazonian Cultural Frontier: Popular Music in Pará, Brazil

The Amazonian frontier has long been saturated with the modernist “myth of the Future.” Yet for most of its rural and urban inhabitants, the promises of this Future have been constantly deferred, displaced, or realized elsewhere, while the spatiotemporal “openness” of the frontier is experienced not only as possibility but also precarity. Situated at the intersection of Brazilian studies, anthropology, and musicology, this project considers the way musicians and other culture-workers in the eastern Brazilian Amazon fashion futures through popular culture, understood not as “a condition of being-Other” in the classic anthropological sense, but as “a capacity for becoming-otherwise.” As our own future in the Global North comes to seem increasingly uncertain, this project suggests that we have much to learn—about alternative ethics, politics, and notions of the “good life”—from those who have long confronted precarity in the shadow of a modernist Future that fails to arrive.

Darien Lamen is an ethnomusicologist specializing in the music and culture of Brazil and the circum-Caribbean. He has received fellowships from the Social Science Research Council (2008-2009) and the American Council of Learned Societies (2012-2014). Since earning his Ph.D. from the University of Pennsylvania in 2011, he has held appointments at the University of Texas at Austin and UW-Madison. Darien’s research interests range from labor and political economy to social poetics and discrepant cosmopolitanisms. He has published articles on lambada and the libidinal economies of northeastern Brazil (in Sun, Sea, and Sound, Oxford Press); the social poetics of circum-Caribbean contraband (Latin American Music Review); and “Cyborg Indian” futurism in an Amazonian sound system scene (The Global South). Darien also maintains a multimedia ethnographic archive on the history of sound systems in Belém, Brazil, and has worked as a scholar consultant for Afropop Worldwide’s Hip Deep documentary series. He is at work on a project entitled “Producing the Future on an Amazonian Cultural Frontier: Popular Music in Pará, Brazil.”