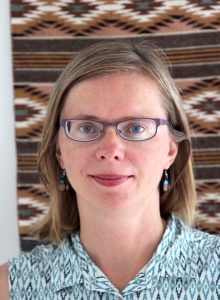 Knightly Culture on Crusades and in the Latin States

On July 15, 1099, crusaders took Jerusalem, massacred the city’s inhabitants and established a Kingdom that would survive for almost two hundred years. Scholars debate what the society established by crusaders, in which Western minority – known collectively as the Franks – ruled over the majority composed of Muslims, Eastern Christians, and Jews, was like. The key question is whether settlers practiced segregation or whether the Kingdom of Jerusalem and other Latin States established in the course of the First Crusade were a crucial “contact zone,” whose inhabitants interacted with each other daily, be it cooperatively or contentiously, across cultural and religious divides. My project participates in the debate by focusing on the transformation of knightly culture as a consequence of crusades and Western settlement. My argument is that knightly culture that emerged among the Franks differed from the better-known knightly cultures found in Europe because it came under two crucial and often contradictory influences. First, crusades implied a continued preoccupation both with the afterlife and with God’s favor in this life, hence the emphasis on purity. Crusaders and, to a lesser extent, settlers came under pressure (which they largely resisted) to abandon many features of knights’ customary behavior, such as gambling or hunting. Second, the new version of knightly culture that emerged reacted to the presence of both Muslim and Eastern Christian subjects and constant dealings, both peaceful and violent, with Muslim and Eastern Christian neighboring powers. Among Western knights in the East, there was a strong impulse to dehumanize the natives, especially Muslims; at the same time, there was also a realization that their elite culture was similar to their own and an attendant desire to exchange both ideas and goods.

Elizabeth Lapina is Associate Professor of History at the University of Wisconsin-Madison. Her research interests include crusades and the Latin States, chronicles, visual and material culture, games and gaming, and nature and environment.  She is the author of a monograph Warfare and the Miraculous in the Chronicles of the First Crusade (Penn State, 2015) and a co-editor of two collections of articles (The Uses of the Bible in Crusader Sources, co-edited with Nicholas Morton (Brill, 2017) and The Crusades and Visual Culture (Ashgate / Routledge, 2015; paperback, 2018), co-edited with April Morris, Susanna Throop and Laura Whatley). She is currently working on two major projects: Depicting the Holy War: Crusader Imagery in Programs of Mural Paintings in France and England in the Twelfth and Thirteenth Century and Knightly Culture on Crusades and in the Latin States. Her articles have appeared in the Journal of Medieval History, Viator and Crusades. Her latest article, a historian’s take on Ridley Scott’s film Kingdom of Heaven is forthcoming in The Medieval Globe.