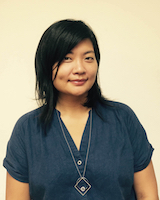 Someone Else’s War: Korea and the Post-1945 U.S. Racial Order

The Korean War, long considered the “forgotten war” of twentieth-century U.S. history, has been the subject of an unprecedented surge of interest in American culture over the past decade. In this book project, I read contemporary American literary works, including novels by Toni Morrison, Chang-Rae Lee, Rolando Hinojosa, and Ha Jin, to trace the transformative effects of the Korean War and U.S. militarism in Asia on U.S. racial formations from midcentury to the present. Examining the war’s impact on policies and practices around desegregation and immigration, I argue that the Korean War heralded a new mode of liberal inclusion for racial minorities in the United States. Through close readings of literary texts paired with a critical analysis of historical and legal documents, this project investigates both how and why we are remembering and retelling the Korean War in the present. It thus seeks not only to assess the war’s significance for the past half-century but also to reveal what the recent literary reckoning with the Korean War’s legacy can tell us about the current state of race, empire, and unending war in the United States.

A.J. Yumi Lee is a literary scholar working in the fields of 20th and 21st century American literature and critical race and ethnic studies. She completed her Ph.D in English at the University of Pennsylvania in 2015, and was Chancellor’s Postdoctoral Research Associate in the Department of Asian American Studies at the University of Illinois at Urbana-Champaign in 2015-2016. At UW-Madison, she teaches in the English Department, and is completing work on her first book manuscript.