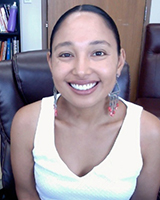 Since the late twentieth-century decline of the modern Civil Rights Movement, African American literary studies has been consumed with an increasingly contentious debate about whether the task of black literature is to memorialize the slave past, or to put it behind us. Levy-Hussen puts this debate in new perspective, by foregrounding the questions of how critical fantasies of memory and forgetting are constituted, and why they have accrued such powerful currency in contemporary black literary discourse.

Aida Levy-Hussen is an Assistant Professor of English at UW-Madison. Her areas of specialization include twentieth and twenty-first century African American literature, trauma and memory studies, and feminist and queer theory. Her scholarly articles and reviews have appeared in African American Review, South Atlantic Quarterly, and Modern Fiction Studies. She is currently completing a book about the post-Civil Rights proliferation of black historical fiction and the critical idiom of historical memory. She is at work on a book entitled Reading African American Literature Now: History, Fiction, and the Problem of Desire.