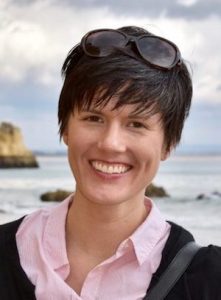 Lhost’s research explores the transformation of Islamic law and legal practice in response to British colonial rule in South Asia. Focusing on the relationship between modern bureaucracy, colonial governance, and the adaptation of lithographic print technologies by Muslim intellectuals and legal practitioners, the project considers the effects of writing, documentation, and record production on the everyday practice of Islamic law. To do this, Lhost draws upon previously unexamined vernacular (Persian- and Urdu-language) sources including petitions, notebooks, and unpublished judicial opinions produced and preserved by native legal practitioners. Thus this research draws attention not only to the social, material, and cultural history of law and legal practice across the Indian subcontinent throughout the nineteenth century but also highlights the influence of documentation, registration, and other formal writings on the meaning of legal relationships—among private individuals and between individuals and the colonial state. Understanding these formal procedures and documentary processes draws critical attention to the parallelism and mutual intelligibility that emerged between state and non-state legal actors in the colonial period. Such parallels suggest that despite reactionary rhetoric to the contrary, Islamic legal practice today exhibits many features common to—and legible within—other legal systems.

Elizabeth Lhost is a historian of law and religion in South Asia. She recently completed her Ph.D. in the Departments of South Asian Languages and Civilizations and History (with distinction) at the University of Chicago. Her dissertation, “Between Community and Qānūn: Documenting Islamic legal practice in 19th-century South Asia,” traced the influence of colonial bureaucracy on the practice, interpretation, and everyday use of Islamic law in British India. Prior to joining the University of Chicago, Elizabeth received a B.A. in English literature and cognitive science summa cum laude from Northwestern University, an M.A. in Languages and Cultures of Asia from the University of Wisconsin–Madison, and spent time in Lucknow, India studying Urdu. Her work has been supported by the Fulbright student program, the Social Science Research Council, the American Institute for Pakistan Studies, American Council of Learned Societies, and the Mellon Foundation. At UW–Madison Dr. Lhost teaches courses in the undergraduate Legal Studies Program.