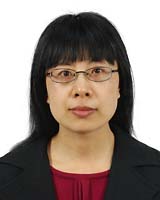 This project places late nineteenth- and early twentieth-century American women writers between the two terms “regionalism” and “globalization”. It explores the role that writers such as Kate Chopin, Sara Jewett, Willa Cather, Zora Neale Hurston played in the interaction between provincial and cosmopolitan, local and global. This study argues that they serve as translators between the local and global, and at the same time, their literary texts are sites of resistance to the negative impact of nationalism and globalism on American culture, human relationship and self identity.