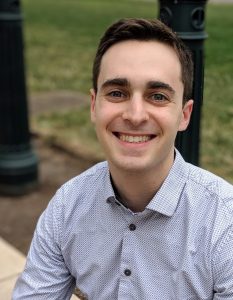 My project asks why libels and plays were so closely conjoined in the cultural imagination—and in the social practice—of early modern England. For the authorities and the antitheatricalists, both scurrilous scraps of verse and professional plays were, to quote one disgruntled mayor, “the very seeds whereof spring seditions.” What made these literary forms seditious was not just their dangerously topical content but, especially, their mode of public address. Libels, plays, and libelous plays engaged their audiences not as passive spectators but as deliberative agents. Anyone could listen to a subversive ditty or drop a scandalous verse in the street; anyone could see and be seen at a play, or even stage a slanderous performance of one’s own. Through libels and plays, commoners ordinarily left out of the political scene became both judges and actors in the theater of state. I show that Renaissance dramatists recognized this connection: William Shakespeare, Christopher Marlowe, Ben Jonson, Thomas Heywood, and Barnabe Barnes all dramatized (and sometimes practiced) the politics of libel. So too did the amateur playwrights across England who used dramatic performance to publish their own libelous messages. From a dilapidated castle in northern England to London’s commercial playhouses, commoners deployed the technologies of the theater not only to entertain but also to mobilize their popular audiences. The threat, or the promise, of libels and plays was that they together might turn subjects into citizens.

Joseph Mansky is an Assistant Professor of English at the University of Oklahoma. He received his Ph.D. in English from the University of California, Berkeley in 2018, and then spent a year as a Visiting Assistant Professor of Literature at Bard College. In addition to Seeds of Sedition, he is working on a literary history of early English republicanism. Both projects put literature in conversation with early modern social and political history. He has published articles in the journals ELH, PMLA, Renaissance Drama, Shakespeare Quarterly, and Milton Studies, and his work is forthcoming in the Papers of the Bibliographical Society of America. His research has been supported by the Renaissance Society of America, the Folger Shakespeare Library, the Huntington Library, and the Center for British Studies at UC Berkeley.