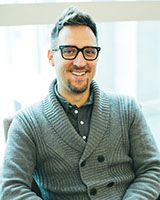 The letters of Paul are so frequently enlisted in ongoing cultural and religious disputes about gender and sexuality that, to many, even reading them again seems redundant. Yet, the less-recognized, but recurrent ways these letters deploy ancient ideas about androgynes, eunuchs, slaves, and foreigners – each depicted as strangely gendered in their own distinctive, though still interrelated ways – can trouble any easy notion of their historical or contemporary significance. Marchal’s book project reconsiders the historical and rhetorical relevance of these letters, implementing key insights from queer studies to reconfigure arguments about this series of perversely feminized figures. In juxtaposing them against more recent figures of vilification, this project defamiliarizes and reorients what can be known about both the historical figures active in these ancient communities and those rhetorical figures that continue to be activated in contemporary settings. The aim is not to claim, anachronistically, that these figures are somehow identical to each other; rather, it is through anachronistic juxtaposition that the book highlights the partial, but still rather particular connections between them. Their shared features – shaped by their practices of gender, sexuality, and embodiment that depart from dominant perspectives (then or now) – demonstrate a range of unexpected impacts for the interpretation of politically and religiously loaded literature.

Joseph A. Marchal is an associate professor of Religious Studies and affiliated faculty in Women’s and Gender Studies at Ball State University. His work explores, combines, and elaborates aspects of feminist, postcolonial, and queer approaches, crossing between biblical studies and critical theories of interpretation, the ancient world and its many, very contemporary echoes and impacts. Marchal is the author of The Politics of Heaven: Women, Gender, and Empire in the Study of Paul (2008), Hierarchy, Unity, and Imitation: A Feminist Rhetorical Analysis of Power Dynamics in Paul’s Letter to the Philippians (2006), and the forthcoming Philippians: Historical Problems, Hierarchical Visions, and Hysterical Anxieties. He is also the editor of Studying Paul’s Letters: Contemporary Perspectives and Methods (2012) and the forthcoming People Beside Paul: The Philippian Assembly and History from Below.