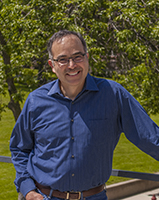 Legalizing a Social Movement: The Mexican American Legal Defense and Educational Fund (MALDEF) and the Evolution of an Ethnic Identity

This project examines the role of cause lawyers in the history of Mexican American identity politics by analyzing the Mexican American Legal Defense and Educational Fund (MALDEF). Created in 1968, MALDEF has emerged as the legal voice of Latino rights, yet little is known of this elite organization and its impact on the working class groups and individuals it represents. Marquez analyzes the way its cause lawyers and community activists understood and negotiated their relationship. This research locates that negotiation within the confines of the judiciary, limited social assimilation, anti-immigration politics, and the influence of MALDEF’s financial supporters.

Benjamin Marquez is a Professor of Political Science at UW-Madison. His research interests include social movements, urban politics, and minority politics. He has published numerous articles and books on the relationship between race, political power, social identities, and public and political incorporation. He is the author of Power and Politics in A Chicano Barrio: A Study of Mobilization Efforts and Community Power in El Paso (Lanham: The University Press of America, 1985), LULAC: The Evolution of a Mexican American Political Organization (Texas, 1993), and Mexican-American Political Organizations: Choosing Issues, Taking Sides (Texas, 2003), which won the 2004 Best Book Award by the Race, Ethnicity and Politics (REP) Section of the American Political Science Association. His recent book, Democratizing Texas Politics: Race, Identity, and Mexican American Empowerment, 1945-2002, was published by the University of Texas Press in 2014. He is at work on a book entitled Legalizing a Social Movement: The Mexican American Legal Defense and Educational Fund (MALDEF) and the Evolution of an Ethnic Identity.