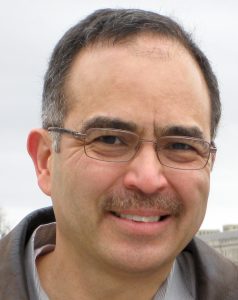 My project is a book length study of the Mexican American Legal Defense and Educational Fund (MALDEF) the largest and oldest Latino civil rights law organization in the United States. It is an analysis of the relationship between legal activists, foundations, and social movements. Established in 1968, MALDEF is an organization of cause lawyers, attorneys who devote most or part of their professional lives to or who are closely identified with social justice movements. My work draws on the large literature exists on cause lawyering as well as that of philanthropy and social movements. MALDEF is primarily dependent on the Ford Foundation, which issued its first major grant and closely supervised its construction. Ford along with the Rockefeller and Carnegie Foundations are MALDEF’s largest contributors that sustain this important organization and its legal reform mission. My narrative begins with MALDEF’s first five years of operation, a time when Chicano Movement activists pressured its lawyers for legal representation while the Ford Foundation insisted that it concentrate on legal reform as stipulated in its mission statement. These irreconcilable demands and MALDEF’s compliance with the Ford Foundation’s demands illustrates the impact that lawyers and philanthropy can have on the course of Latino social movement politics. This research also points to the impact that foundations, corporations, or wealthy individuals can have on the articulation of minority political interests.

Benjamin Marquez is a Professor of Political Science at the University of Wisconsin-Madison and former Director of the Chican@/Latin@ Studies Program. His research interests include social movements, urban politics, and minority politics. He has published numerous articles and books on the relationship between race, political power, social identities, public and political incorporation. He is the author of Power and Politics in A Chicano Barrio: A Study of Mobilization Efforts and Community Power in El Paso (Lanham: The University Press of America, 1985), LULAC: The Evolution of a Mexican American Political Organization (Texas, 1993), and Mexican-American Political Organizations: Choosing Issues, Taking Sides (University of Texas Press, 2003) which won the 2004 Best Book Award by the Race, Ethnicity and Politics (REP) Section of the American Political Science Association. His recent book, Democratizing Texas Politics: Race, Identity, and Mexican American Empowerment, 1945-2002 was published by the University of Texas Press in 2014. He is currently writing a book on the Mexican American Legal Defense and Educational Fund.