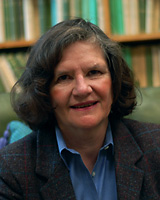 Milton and the Culture of Italy

Martin’s IRH project draws on her interests in late Renaissance religion and culture across the continent of Europe. By focusing on its international “republic of letters,” the project explains why the staunchly Protestant Milton made and kept so many close friends in Italy and how that experience left an indelible mark on his life and work. The project also touches on her related interests in the international origins and development of early modern politics (especially republicanism), science (with particular emphasis on Galileo and Bacon), and science fiction.

Catherine G. Martin was a Dunavant Professor (a term named professorship) at the University of Memphis during 2005-8. Martin has written extensively on the development of the late allegorical epic, the subject of her first book, The Ruins of Allegory: “Paradise Lost” and the Metamorphosis of Epic Convention. This book was the 1999 recipient of the Milton Society’s James Holly Hanford Award; her IRH project extends its scope by thoroughly documenting Milton’s “epic” debts to Dante, Petrarch, Ariosto, Tasso, and their lesser known compatriots. Her most recently completed monograph, Milton among the Puritans, is more political in focus, reexamining the poet’s contribution to what was once called the “Puritan Revolution” from a revisionist perspective. It is currently under review at Oxford University Press. In the interim she has produced two edited collections, Milton and Gender (Cambridge, 2004), and Francis Bacon and the Reconfiguring of Early Modern Thought (Ashgate, 2005). Martin received her Ph.D from the University of California at Santa Cruz, and in addition to the honors and awards listed above, she was the recipient of a dissertation fellowship there. More recently she received the John Donne Society’s 2006 award for the most distinguished essay of that year, and in 2009 delivered the plenary address at the Donne Society’s annual conference. Future publications continue in all the areas outlined above, including Donne, another long-term interest, with the addition of further explorations of both Baconian and Spenserian allegory.