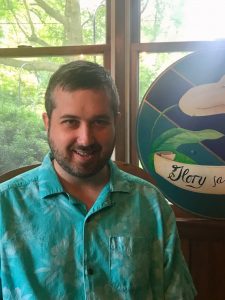 Haunted by Heresy: The Perlesvaus, Medieval Antisemitism, and the Trauma of the Albigensian Crusade

My book project focuses on the Perlesvaus, an anonymous thirteenth-century Old French Grail romance renowned for its idiosyncratic departures from Arthurian traditions, its taste for the phantasmagorical and macabre, its disturbing outbreaks of hyperviolence, and its odd focus on the battle between the Old and New Law. My reading of this anomalous romance positions it as a powerful work of trauma fiction whose narrative perturbations reflect a hitherto-unrecognized crisis of religious identity tied to the massacre-prone, decades-long course of the Albigensian Crusade. (The Albigensian Crusade, which unfolded sporadically from 1209 to 1229 in what is now southern France, was the first official crusade to be directed against demonized heretics within Western Europe rather than at exotic populations of schismatics or unbelievers.) This experience of violent religious conflict within European Christendom, I argue, placed intolerable strain on foundational understandings of religious identity in which Christians viewed themselves as spiritually and ethically superior to “superseded” Jews, eternally typecast as cruel persecutors of Christians. One key analytical construct I develop is the “doppelganger Jew,” personified in the Perlesvaus by its schizoid Jewish/Christian authority figure, Josephus, who presides over the romance as an uncanny embodiment of hysterical fears that Christians were losing their spiritual moorings and reverting into reviled, scapegoated Jews. In addition to shedding new light on the complex evolution of Western antisemitism, another broader aim of this project is to emphasize the methodological synergy between literary and historical analysis. More topically, Haunted by Heresy also seeks to call attention to the searing cultural costs of persecuting marginalized groups for both demonized and demonizers, victims and perpetrators.

Adrian McClure is an independent scholar who received their PhD in medieval literature in 2020 from Purdue University. Their research orientation is strongly interdisciplinary, combining literary and historical analysis, and their areas of interest include trauma theory, gender studies, and modern medievalism. They published an innovative study of the Oxford Song of Roland as a theologically-inflected text in Speculum and recently submitted an article on the “doppelganger Jew” in the late medieval Book of John Mandeville. After completing their first book on medieval antisemitism and the Perlesvaus, their future plans include a broad-ranging study of nonbinary constructions of gender in European literary and religious culture during the twelfth and thirteenth centuries.