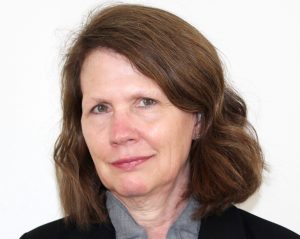 My current research examines the engagement of three fin-de-siècle women writers, Jane Ellen Harrison (1850-1928), Virginia Woolf (1882-1941), and Hilda Doolittle (1886-1961), with the Greek chorus, an essential formal component of Greek tragedy yet one that is alien to modern dramatic practice. It situates this analysis within a broader context of various constructions of Hellenism, from Winckelmann and the German idealist tradition to late-Victorian interpretations of Greece, a key period for the transmission and reception of Greek tragedy in Britain and the U.S. I argue that women writers and artists during this period transformed an obscure and marginal literary genre into a feminist reinvention of the classical past through the formulation of new theories of religion and literary experimentation with narrative, translation, and poetics. As the first comprehensive study of the choral form in modernist literature, this project contributes to the growing body of scholarship on women as critical agents of classical reception.

Laura McClure is Professor of Classics at the University of Wisconsin-Madison and an affiliate of Gender and Women’s Studies. She received her Ph.D. from the University of Chicago in Classical Languages and Literatures before coming to UW in 1991. Her research interests focus on Athenian drama, the study of women and gender in the ancient world, and classical reception. Her books include Spoken Like a Woman: Speech and Gender in Athenian Drama (Princeton, 1999), Courtesans at Table: Gender and Greek Literary Culture in Athenaeus (Routledge, 2003), and Women in Classical Antiquity: From Birth to Death (Wiley Blackwell, 2019). She has edited several volumes of essays, including Making Silence Speak: Women’s Voices in Greek Literature and Society, with André Lardinois (Princeton, 2001), Prostitutes and Courtesans in the Ancient World, with C. A. Faraone (Wisconsin, 2006), Sexuality and Gender in the Classical World (Wiley Blackwell, 2008), and the Blackwell Companion to Euripides (Wiley Blackwell, 2017). She has also published numerous articles on women and gender in Athenian drama.