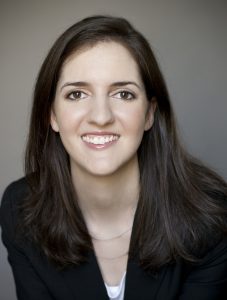 The Washington Consensus: Journalism and the Making of the Postwar World Order

The Washington Consensus is the history of reporters who covered U.S. foreign policy in the 1940s and 1950s. My project pays particular attention to the social networks that fostered consensus reporting and the importance of World War II to institutionalizing those networks. I argue that the exclusive information economy that reporters actively built and maintained in this period — centered on background dinners, stag banquets, and epistolary networks — created an appearance of Cold War consensus about America’s leadership position in a new postwar world order.

Kathryn McGarr is an assistant professor in the School of Journalism and Mass Communication at the University of Wisconsin-Madison. She is currently working on a book about reporters in Washington in the mid-twentieth century, examining the ways in which social networks and professional practices shaped foreign policy discourse. She earned her Ph.D. in history from Princeton University, an M.S. in journalism from Columbia University, and a B.A. in history from Stanford. She is the author of the political biography The Whole Damn Deal: Robert Strauss and the Art of Politics (Public Affairs, 2011).