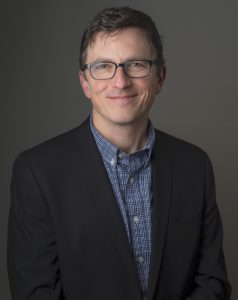 The Impractical Anarchist: James Joyce and the Aesthetics of Autonomy

My work examines Irish writer James Joyce’s engagement with the philosophical and polemical writings of nineteenth-century anarchists. These are not the “practical” bomb-throwing villains of newspapers and novels, but figures like Pierre-Josef Proudhon, Mikhail Bakunin, and Peter Kropotkin, who imagined modes of living that maximized individual liberty through mutual respect and mutual aid. I will argue they articulated a social ideal for Joyce, and that his narrative fiction deliberately progresses through anarchist thought, moving from the foundational diagnoses of Dubliners to the comprehensive rethinking of language, ideology, and cultural narrative in Finnegans Wake.

John McGuigan is Professor of English and Film Studies at the University of Wisconsin-Whitewater, where he also serves as Director of the Office of Global Experiences. He teaches courses in twentieth-century British literature, film adaptation, and screenwriting, and has published on the place of avant-garde art and politics in the literary modernism of writers such as James Joyce, Virginia Woolf, Djuna Barnes, and E.E. Cummings. His research has been supported in the past by the NEH and Andrew W. Mellon Foundation, and as UW System Fellow at UW-Milwaukee’s Center for 21st Century Studies.