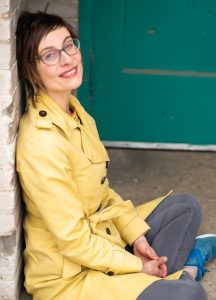 Over the course of the 1970s, white women of various countercultural stripes—from radical feminist to New Age communalist—launched a movement to reclaim birth in the US. This move to reclamation was grounded in experiences of profound violation at the hands of male physicians during pregnancy or childbirth. Like the feminist health movement with which it overlapped, the midwifery movement aimed to create empowering grassroots health care practices. In explicit opposition to obstetrical protocols, midwives emphasized the agency of birthing women, non-commodified care, and the value of knowledge authored by and about women themselves. Midwives saw reclaimed birth as key to power, dignity, and healing for all women—and, often, as grounding profound societal transformation. And indeed, out-of-hospital birth was linked to political praxes far beyond white countercultures. Indigenous sovereignty claims foregrounding midwifery and some currents of radical Black health work also emerged in parallel, and often in complex relation, with white midwifery projects. The current state of US midwifery, then, presents a puzzle. Midwifery care is mostly accessible to white consumers of some means. Systemic barriers obstruct the education, licensure, and practices of midwives of color, especially Black midwives. And midwifery training relies heavily on the bodies of non-US citizen women of color in colonial and postcolonial settings, particularly the US/Mexico border. Birthing Paradox: Race, Colonization, and Radicalism in U.S. Midwifery, seeks to understand the contradictions between the radical aims of early midwifery and its current form. It will also track the persistence, parallels, and paradoxical permutations of that radical founding impetus across disparate strands of midwifery over the last five decades, including white counterculturalist, Black liberationist, Native sovereignty, lesbian, queer, and trans midwives, and white Christian ultra-rightists.

Annie Menzel’s research focuses on race, gender, and reproductive politics in North America. A political theorist and former midwife with emphases on Black political thought, Black feminisms, feminist political theory, queer theory, and biopolitics, her work brings these literatures to bear on the histories and current shape of public health and medicine. She is completing revisions on her first book, The Political Life of Black Infant Mortality, under contract with the University of California Press. Her second book project, Birthing Paradox, seeks to understand the contradictory racial, colonial, and radical politics and practices of US midwifery.