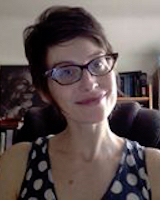 In the US, African American infants have died at two to three times the rate of white infants since the first comparative statistics appeared in the late 19th century. While the past century has seen many public health, medical and policy studies of this staggeringly disproportionate visitation of death on African American families and communities, few have probed the political meanings and historical continuities of what we now call the “racial disparity” in infant mortality. This book tracks the political logics, rhetoric, and practices that have both rationalized and contested this longstanding, albeit unspectacular, manifestation of institutionalized anti-black violence since the mid-19th century. It brings to bear three powerful conceptual approaches to racism in contemporary political thought: biopolitics, Black feminism, and Black Studies scholarship on what Saidiya Hartman calls “the afterlife of slavery.” Using this frame, this account traces two distinct yet overlapping trajectories. First, the three theoretical approaches enter into critical conversation with recent considerations of race, “the human,” and the archive in order to reconstruct the sequence of official rationales and practices that have framed black infant mortality as a political problem (or markedly neglected to do so) and the interventions (or non-interventions) this has entailed. I argue that apparently anti-racist post-Civil-Rights approaches—including an emerging emphasis on epigenetic impacts of racism and intergenerational trauma—bear traces of previous framings, explicitly or implicitly blaming Black mothers for their infants’ deaths, even as they offer grounds for a powerful indictment of anti-Black racism. Second, it offers novel readings of texts by and about key Black political thinkers and actors in relation to infant mortality, including Harriet Jacobs, W.E.B. Du Bois, and Black midwives and reproductive activists. These readings reveal a rich continuity of appropriations and contestations, both rhetorical and practical, of the prevailing logics of white supremacy, refusing the devaluation of Black infant and maternal life and in some cases actually creating alternative environments to foster survival.

Annie Menzel is an Assistant Professor of Political Science and member of the Africana Studies Program at Vassar College. After training as a midwife, she received her PhD in Political Science at the University of Washington and is currently completing a book project, The Political Life of Black Infant Mortality. Menzel studies reproduction and race; gender, kinship, and citizenship under white supremacy; biopolitics; and Black political thought, especially Black feminism.