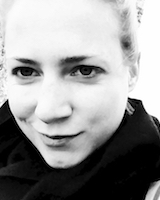 Passing Forms: Decay and the Making of Victorian Culture

“Passing Forms” asks why decay, a process seemingly synonymous with collapse, comes to shape literary and scientific ideas of formation in the nineteenth century. From geology’s revaluation of eroded sedimentation as fodder for future worlds to T. H. Huxley’s proclamation that living protoplasm is “always dying,” multiple nineteenth-century scientific discourses converged on a single principle: all bodies are made of decomposing and recomposing matter. At once a reflection of the nineteenth century’s “discovery of time” and its interest in an epochal view of life, decay comes to signify the power of inanimate matter to form itself anew. This project aims to locate decay in the tranformationism so characteristic of the period and to overturn the idea that degeneration emerges at the end of the century as evolution’s evil twin. Instead, I reveal decay’s presence across the century, as it nestles itself into Victorian conceptions of life, growth, progress, and reform. Tracing the contours of geological erosion, chemical decomposition, and electromagnetic dispersals, I find in Victorian decay an aesthetics of latency, that is, an appreciation for the not-yet-formed, for the barest hint of form adrift in the wind-blown, the washed-away, the heaped-up. But, to be sure, such aesthetic possibility cannot be separated from the experience of loss. The question, then, becomes what does such loss afford? What possibilities—aesthetic, ethical, environmental—are latent in decay’s processes of unwilled undoing?

Ella Tobin Mershon received her Ph.D. in English in 2016 from the University of California, Berkeley. Her research interests include Romantic and Victorian literature, history of science, David Hume and British empiricism, affect studies and the science of feeling, media studies, theories of alterity and gender studies, object theory, thing theory, and the new materialisms. She has received research funding from the Center for British Studies and the James D. Hart Grant. In 2013-14, she served as a mentor to undergraduate English majors as a recipient of the Berkeley Connect Fellowship, a program designed to foster intellectual community among undergraduates in a large research university. She has taught courses on detective fiction, the case study as a genre, weird fiction, and survey courses on eighteenth- and nineteenth-century literature. Her forthcoming article, “Ruskin’s Dust,” will be published this fall in Victorian Studies. She is at work on a project entitled “Passing Forms: Decay and the Making of Victorian Culture.”