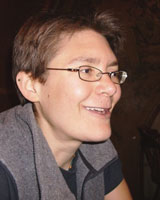 In the last decades of the British Raj, anti-colonial writers staged scenes of crime and punishment, trial and testimony, in order to interrogate the legitimacy of imperialism itself. This project examines questions of imperial justice in both British and Indian writers of the early twentieth century-from E.M. Forster, George Orwell, and Virginia Woolf, to Rabindranath Tagore and Mulk Raj Anand. Far from hegemonic, the arena of legal discipline was a contested space of encounter between the “Anglo” and the “Indian” subject, custom, and law. For the Raj gave birth to the same legal, penal, and academic policies that undergird the modern state—from fingerprinting to anthropology, “English literature” to Benthamite prisons—as well as the bastard genre of detective fiction. Why this fixation on crime and justice, I ask, even from writers in divergent positions within or against the imperial state? What does this pattern reveal about the anxieties of imperial power, or the tactics and voices of dissent? Even as modern discipline would forge a docile, efficient, self-monitoring subject, anti-imperialists and modernists alike work to challenge, evade, or disrupt a disciplinary gaze. Indeed, if the imperial state aims to surveill the public—and solicit citizens to scrutinize each other—the many-eyed, many-voiced publics of modernist texts may in turn scrutinize—and undiscipline—the state.

Kate Merz is a doctoral candidate in English at the University of Wisconsin-Madison. Her research interests are in British modernism, postcolonial studies (especially the South Asian diaspora), and the law, science, and material culture of empire. Her interdisciplinary minor (in Colonial and Postcolonial Studies) includes courses in Anthropology, History of Medicine, Art History, and Film. She has taught a variety of courses, ranging from Shakespeare to postcolonial literature; was named a University Fellow and department writing prize winner; and is a member of the Modernisms/Modernities Colloquium.