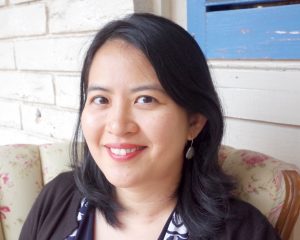 Dissonant Voices: Music and Identity in the Tagalog Zarzuelas of Manila, 1902-1942

My dissertation re-examines claims to Filipino nationhood during the American colonial period (1902-1942) when debates about nationalism were made not only in the political arena but also on the theatrical stages of Manila. This period saw the transformation of the Spanish genre of zarzuela into a new music-theatrical form that came to be seen, heard, and imagined as distinctly Filipino. I argue, however, that the overtly nationalist themes found in zarzuelas prevented scholars from examining critically overlooked repertoire and the impact that specific works had on its contemporary audience. My project brings to the fore works that do not conveniently fit within the narrative of anti-colonial nationalism but instead reveal the contradictions and ambivalences in the performance of zarzuelas. The repertoire I am particularly interested in commented on existing social hierarchies and fueled questions of race and ethnicity, religion, and gender in relation to emerging notions of Philippine modernity. As a popular form of entertainment in early-twentieth century Philippines, the Tagalog zarzuelas echoed a multiplicity of voices, with playwrights and intellectuals expressing varied and sometimes competing ideas about the role of the performing arts in a modern Filipino society. My project takes the “multi-vocal” approach even further as I examine the role of performers—female zarzuelistas in particular—and their specific performances as an important example of musical authorship usually reserved for playwrights and composers. By examining the contributions of these different groups (playwrights, composers, performers, and critics), I highlight the collaborative production of zarzuelas as well as the multi-layered meanings created in its various performances.

Isi earned her music undergraduate degree from the University of the Philippines and her Master’s degree in violin performance and musicology at Western Illinois University. At WIU, she performed with the Julstrom String Quartet, the strings faculty ensemble in residence, and wrote a thesis on music and theater in Theresienstadt, a concentration camp in German-occupied Czechoslovakia during World War II. As a graduate student, Isi was a Wisconsin Musicology Fellow and a Center for Southeast Asian Studies Fellow. She is also the recipient of various research fellowships including the American Musicological Society’s fellowship at the Newberry Library and the Council for Library and Information Resources-Mellon fellowship for her dissertation on the Tagalog zarzuelas. Currently, Isi is a member of the local band Forró Fo Sho, which plays Northeastern Brazilian dance music.