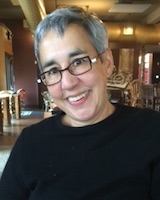 Building a Neutral Nation: America in the 18th Century Atlantic

In 1793, the United States issued a Neutrality Proclamation to avoid involvement in a war between Britain and France, its principal allies. Neutrality confronted numerous challenges, particularly from American citizens eager to profit from European warfare as privateers. To remain neutral, the U.S. government needed to embrace its constitutional responsibilities and develop institutions capable of enforcing this policy. This book-length project examines the unexplored relationship between neutrality and the establishment of the American government.

Sandra Moats is an associate professor of history at UW-Parkside. Her research focuses on the governing challenges and political choices that confronted the American republic in its founding decades. Her first book, Celebrating the Republic, addressed the role of presidential ceremony in launching the American government. In 2013-2014, she was an Inaugural Fellow at George Washington’s Mount Vernon.