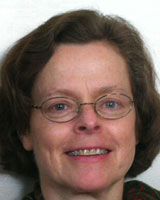 Mysteries of Kongzhai: Relic, Representation, and Ritual at a Shrine to Confucius

This project is a book on the history, visual culture, religious practices, and cultural significance of Kongzhai, a now-destroyed shrine to Confucius that formerly stood on the outskirts of Shanghai. Although government-supported temples of Confucius existed all over China after the seventh century, the Kongzhai shrine was built on private initiative in the early seventeenth, premised on a local belief that his robe and cap were buried there. Its representa­tions of Confucius (relics, icons, portraits, pictorial biographies, and texts) had coun­ter­parts in Bud­dhism, Daoism, and popular-deity cults. Kongzhai flourished in the early eighteenth century and intermittently thereafter, but ultimately declined into obscurity and was demolished as a relic of feudalism in 1966. Now, after years of being vilified, Confucius has recently returned to favor as one of China’s most important cultural and political assets, and selected “Confucian” values are being proclaimed as core elements of Chinese identity. Temples of Confucius are being restored, and traditional rituals for worshiping him are again being performed, while new practices have also developed to accommodate the concerns of contemporary devotees. Nonetheless, Kongzhai has not been rebuilt, and its once-celebrated relics remain virtually unknown, at a time when cults centered on figures ancient and modern are burgeoning. In reconstructing the history of Kongzhai, my book addresses issues concerning the material forms of Chinese religious expression in their larger cultural, political and social contexts.

Julia K. Murray is Professor of Art History, East Asian Studies, and Religious Studies at the University of Wisconsin. She received her Ph. D. from Princeton University in a joint program of East Asian Studies and Art and Archaeology. Before moving to Madison in 1989, she worked in curatorial positions at the Metropolitan Museum of Art, the Freer Gallery of Art, and the Harvard University Art Museums. Her publications include Mirror of Morality: Chinese Narrative Illustration and Confucian Ideology (2007); Ma Hezhi and the Illustration of the Book of Odes (1993); Last of the Mandarins (1987); A Decade of Discovery (1979), and numerous articles on Chinese art. She guest-curated the exhibition ‘Confucius: His Life and Legacy in Art’ at the China Institute Gallery in New York (viewable online here).