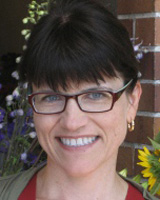 The Open Book: Digital Form in the Making

For many decades the future of the book has been worried over. Whether elegiac or celebratory, the observations of scholars, artists, librarians, journalists, and others have presented the fate of the book as a threshold for humankind, the immense significance of which can be assumed if not specified. From the foundations of media studies—whether Walter Benjamin or Marshall McLuhan —the book has been made to characterize an epoch before an ever-modernizing modernity, providing a foil for “modern,” “mass,” and “new” media. During a period that some have seen to be a tipping point from print to electronic forms, my research investigated the efforts of “mass book digitizers” in the United States—computer engineers, digital librarians, lawyers and activists—who are attempting to effect this never quite arriving post-book epoch. As a practice that has met with resistance, celebration, and controversy, mass digitization provided a venue for plumbing the turbulent waters of what I call the “contemporary book”: an arena of experimentation arising from the tectonic encounter of the established modern book system with an emergent assemblage in motion around the authorization, storage, preservation, circulation, and production of knowledge.

Mary Murrell received her Ph.D. in sociocultural anthropology from the University of California, Berkeley, in 2012. Her work at Berkeley was supported by a National Science Foundation Graduate Research Fellowship, an NSF dissertation improvement grant, a Doreen B. Townsend Center for the Humanities Fellowship, and an ACLS-Mellon Dissertation Fellowship. Before earning her Ph.D., Mary was an acquisitions editor at Princeton University Press, where she acquired titles in the humanities and social sciences.