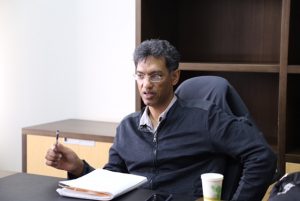 Pan-Asianism and the Legacy of the Chinese Revolution

Combining popular and academic approaches, I examine how prominent Japanese and Chinese intellectuals mobilized Asian culture and Asian unity to resist imperialism and struggle for a future beyond capitalism. While there have recently been works discussing the issue of Asian unity, they have overlooked how the problem of capitalism was a central dimension of this movement from both the left and the right. I focus primarily on Chinese and Japanese intellectuals writing during the twentieth century; however, I draw on philosophers to show how pan-Asianists aimed to overcome the antinomies of modernity, such as the opposition between individual and community.

Viren Murthy teaches transnational Asian History at the University of Wisconsin-Madison and researches Chinese and Japanese intellectual history. He is the author of The Political Philosophy of Zhang Taiyan: The Resistance of Consciousness (Brill, 2011) and co-editor with Axel Schneider of The Challenge of Linear Time: Nationhood and the Politics of History in East Asia (Brill, 2013), co-editor with Prasenjit Duara and Andrew Sartori of A Companion to Global Historical Thought, (Blackwell, 2014), co-editor with Joyce Liu of East Asian Marxisms and Their Trajectories (Routledge, 2017) and co-editor with Max Ward and Fabian Schäfer of Confronting Capital and Empire: Rethinking Kyoto School Philosophy (Brill, 2017). He has published articles in Modern Intellectual History, Modern China, Frontiers of History in China and Positions: Asia Critique, Jewish Social Studies, Critical Historical Studies, Journal of Labor and Society and is currently working on a project tentatively entitled: “Pan-Asianism and the Legacy of the Chinese Revolution.”